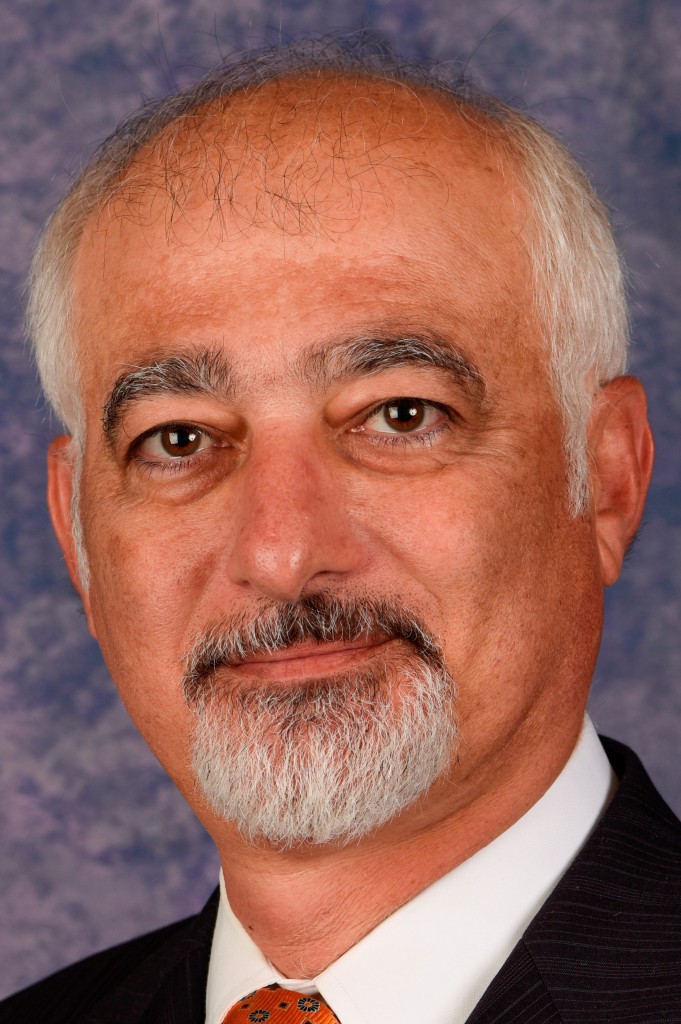 Dr. Hossein Jadvar is a past president (2015-16) and fellow of the Society of Nuclear Medicine and Molecular Imaging (SNMMI). He is a tenured associate professor of radiology and biomedical engineering at the University of Southern California (USC) with hospital appointments at the USC Keck Medical Center and the USC Norris Comprehensive Cancer Center. He also served as a visiting associate in bioengineering at the California Institute of Technology in Pasadena, Calif. Dedicated to lifelong learning, Dr. Jadvar received his BS in chemical engineering from Iowa State University in Ames, Iowa, in 1982, followed by a MS in biomedical engineering from the University of Wisconsin in Madison, Wis., in 1984, and a MS in computer engineering, as well as a PhD in bioengineering, both from the University of Michigan in Ann Arbor, Mich., in 1986 and 1988, respectively. He then attended the University of Chicago Pritzker School of Medicine in Chicago, Ill., for his MD degree (1993). He received his master’s in public health (MPH) degree from Harvard University in Cambridge, Mass., in 2005 and an Executive master’s in business administration (MBA) from USC in 2007. He was a fellow in positron emission tomography (PET) with the Harvard Medical School Joint Program in Nuclear Medicine, in Boston, Mass., during 1998-99; a diagnostic radiology and nuclear medicine resident at Stanford University, in Stanford, Calif., during 1994-98; and an intern in internal medicine at the University of California San Francisco, Calif., during 1993-94. He has also completed a number of executive educational certificate programs at Harvard Medical School in Boston, Mass., the University of Cambridge in the United Kingdom, the University of Oxford in the United Kingdom, and the Wharton School of Business at the University of Pennsylvania in Philadelphia, Penn. Dr. Jadvar is on the leadership editorial boards of the Journal of Nuclear Medicine, the European Journal of Nuclear Medicine and Molecular Imaging, Molecular Imaging and Biology, Tomography, Theranostics, Radiology (Consultant to the Editor), American Journal of Roengenology (Assistant Editor), and Clinical Nuclear Medicine (Deputy Editor).  He has been a guest editor for the Journal of Nuclear Medicine (Radiotheranostics of Prostate Cancer), PET Clinics (Molecular Imaging of Prostate Cancer), and Molecular Imaging (Theranostics).  He is the past president and elected fellow of the American College of Nuclear Medicine (ACNM) and the past recipient of the SNMMI Mark Tetalman Young Investigator Award, the Western Regional SNMMI Distinguished Scientist Award, the Academy of Radiology Research Distinguished Investigator Award, the World Association of Radiopharmaceutical and Molecular Therapy (WARMTH) Prof. Ajit Padhy Memorial Award, and the USC Excellence in Mentoring Award. He is a National Institutes of Health (NIH) funded investigator and serves on multiple NIH review panels (with one term as a chartered member in the Medical Imaging — MEDI — review panel), the Department of Defense Prostate Cancer Research Program panel, and the Imaging Technology and Informatics peer review panel of the Cancer Prevention and Research Institute of Texas (CPRIT). He has written more than 120 journal articles, has published 3 books, 28 book chapters, 9 patents and has given more than 250 invited and/or keynote speaker presentations and visiting professorships at national and international venues. His research interests include applications of PET in clinical outcome research and in translational molecular imaging research with particular current interest in prostate cancer.