This year’s RSNA meeting was held at McCormack Place in Chicago, Illinois from November 26 – December 1, 2017. It was an exciting event and the Academy is grateful to RSNA for all its help and support in making this an incredibly impactful event. The Academy held its annual Executive Committee, Board, and CIBR Steering Committee Meetings as well as hosting an educational session on venture capital. Also, the Distinguished Investigator and Gold Medal Award Ceremony recognized the lifetime achievement of Dr. Reed Dunnick and inducted 17 new researchers into the Academy’s Council of Distinguished Investigators. Additionally, the Academy hosted a booth in the Exhibit Hall that focused on its advocacy mission on behalf of the NIH and other federal agencies that have an interest in imaging research. And we launched our new mentoring program pilot with a reception following the Award Ceremony which pairs Distinguished Investigator mentors with members of our Council of Early Careers Investigators in Imaging (CECI2).

RSNA 2017 brought renewed interest in the work of the Academy and gave us a chance to showcase our advocacy work on the exhibit floor and to share with members of the RSNA through our educational program on venture capital and intellectual property. The Academy is grateful to have such committed members that the Academy can grow its influence and breadth of projects each year.

RSNA 2017 also signaled change. We welcome Dr. Hedvig Hricak of Memorial Sloan Kettering Cancer Center as our newest Academy President, as well as several new members to our Board and Executive Committee. We are honored at your spirit of volunteerism on behalf of the imaging research community. 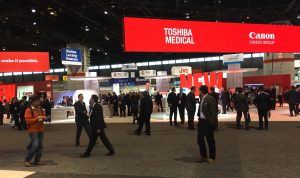 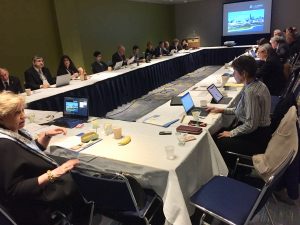 Academy Board Meeting in progress. 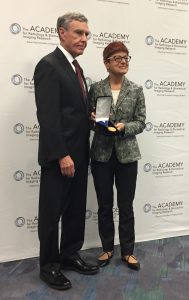 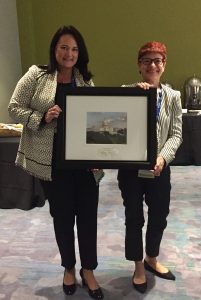 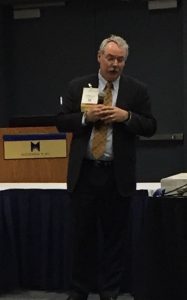 Steven E. Seltzer, MD, Chair Emeritus of Brigham and Women’s Hospital and CIBR Chair addresses the Committee on the Symposium’s status and progress. 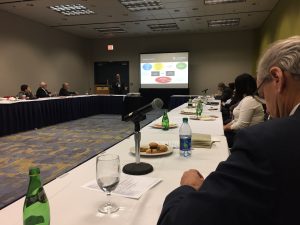 Neil Rofsky, MD, FACR, Professor and Chair of UT Southwestern’s Department of Radiology, speaks to the research perspective on the Academy’s Symposium at the CIBR Luncheon.